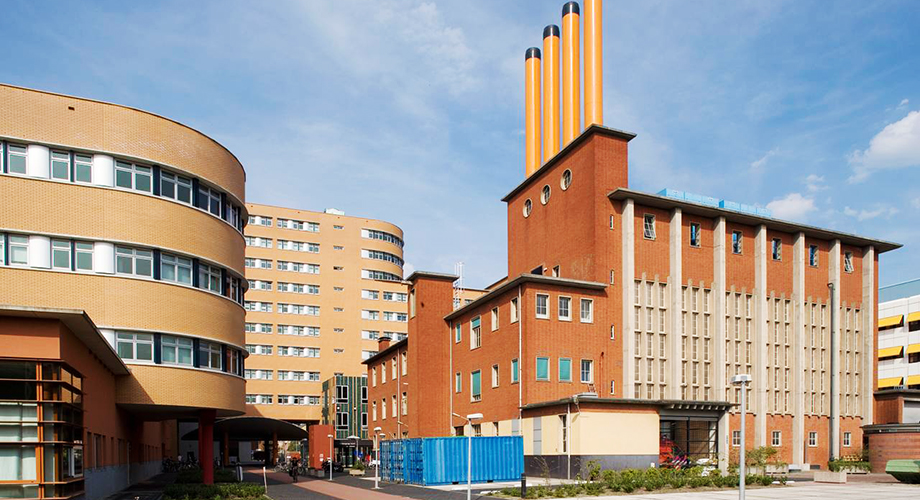 As a follow up to previously completed assignments for the University Medical Center Groningen (UMCG), Wassenaar Engineering was appointed to design the structure of a complex of amenities. The complex contains a range of hospital amenities, including a pharmacy, medical faculty with lecture hall, laboratories, X-ray rooms for radiotherapy, staff rooms and company restaurant, as well as spaces for outside parties such as the Sanquin Blood Bank Northeast, the Groningen Dialysis Centre and an Academic Doctors Surgery.

A three-storey car park beneath the building completes the complex. A layer of dense clay in the soil was inventively used as a watertight base for a three-storey car park. This proved to be significantly cheaper than the previous design of a large shallow ‘bowl’ with a large surface area. By making use of the waterproof qualities of the retaining walls (deep concrete wall) and the layer of dense clay, the designers could omit the bottom of the garage. The retaining walls were temporarily anchored by grouted anchors. The columns are held in position by pads that rest directly on the sand. To compensate for the difference in subsidence and the swelling of the columns, an auger programme was executed. The garage is structurally attached to the buildings above it. The offices are housed in the Bridge Building, the name of which refers to the connection, both physical and metaphorical, between the University Hospital and the University of Groningen.

Divided into three sections, the building is 130 m long, up to 11 storeys tall (40 m), and 13.5 m wide. The office building consists of loadbearing facade elements and hollow-core slabs with pressure layers that span from facade to facade. The laboratories, containing facilities such as the blood bank and the dialysis centre, are situated above the garage. The skeleton of the garage extends upwards into the buildings above. The shape of the building and structure of the garage made the choice for a grid of columns with wide-board floors the most efficient. The stability of the components was achieved by the use of poured concrete cores that house the stairwells and elevator shafts. The components have heights ranging from one to six storeys. Situated between the components are a patio with a movable, transparent deck and a restaurant with a fixed transparent roof. Beneath the tall buildings are four radiotherapy levels.

What is remarkable about these underground levels are the thick walls of up to 1.5 m and the steel plates of up to 30 cm in thickness in the walls and the deck. Part of the basement level is occupied by the distribution centre and is connected to the distribution tunnel system of UMCG.