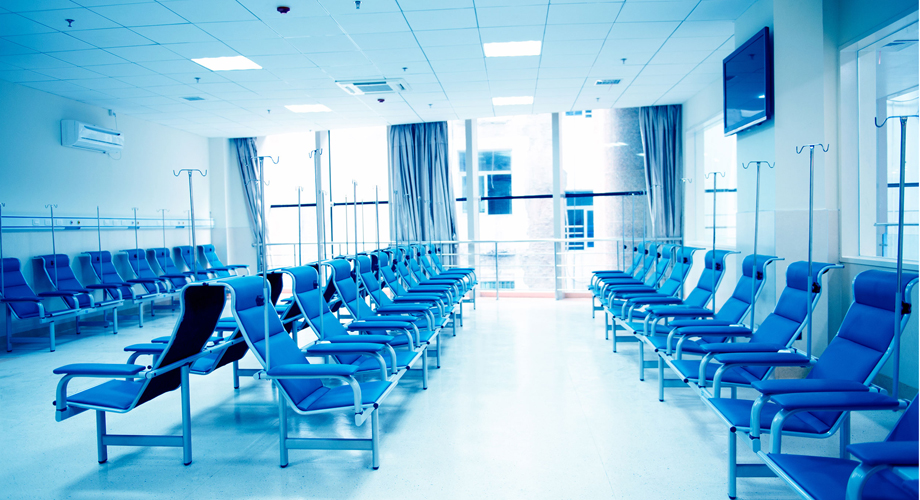 Prevent a hospital being a hit-and-miss Chinese museum

A hospital that works

A Dutch newspaper recently reported that large museums are emerging all over China, but without art collections or exhibitions of any significance. Dutch expertise from the renown museums like the Rijksmuseum is flown in by the Chinese to let museums become more than a status project where ‘size matters’. For hospitals a similar situation exists. But where a museum without art is basically a waste of money, a hospital that does not function is much worse.

In many countries where the economy has grown over the past decade, the health care facilities have not improved at the same speed as their infrastructure, offices, shops or hotels. In many Eastern European countries, but also in Asia, the Middle East or Latin American countries governments or investors have discovered healthcare. Often the idea is that building a new hospital, healthcare as a whole will reach a higher standard. Although a new building will certainly be a boost for the quality of healthcare, the building alone will not do it. A hospital that actually works is what we need. The knowledge and lessons learned in the development of Dutch hospitals will be useful for this.

Also in the Netherlands new hospital building have not always led to a hospital that works well. Sometimes a hospital is a status project, resulting in a hospital that is, at its best, a nice piece of architecture, but that is too large and expensive. More often a new hospital is the outcome of a negotiation process with medical specialists on space, which also leads to extremely large buildings with poor logistics. Even worse, the first thing that needs to be done after moving into the building, is rebuild it. Exploitation costs often rise, where one would expect more efficiency. Several Dutch hospitals experienced large financial problems over the past years after having moved to their new home.

Despite the economic crisis, and the ever increasing need to make wise financial decisions, hospitals struggle to do so. Designing the building is often about bricks and installations, without considering how the hospital organization is supposed to work in it. Often logistics principles like Just in Time are abused to limit the space, resulting in trolleys with materials, equipment and beds blocking hallways or even worse, they don’t arrive at the right time and place at all. Another, almost classical example is that no space for paper archives is foreseen, assuming that everyone is working paperless, when at the same time ICT is no part of the project or is implemented after the building was finished.
But by planning healthcare processes better, there is lots of space to save. However a more efficient hospital is often perceived by doctors as ‘taking away their rooms’, leading to endless negotiations or discussions between managers and doctors. The result: too much space in the wrong places.

Furthermore when designing a hospital one still tends to use old hospital building standards set by a government agency, that until 10 years ago financed hospital buildings. Nowadays hospitals have to finance their buildings like any other company needs to and these do not suffice anymore. Considering that ICT developments have gone fast over the past decade, there is so much more possible, with less or different kind of space.

Nowadays hospital can be run like a business using scarce capacities in an efficient way, supported by ICT. Preventing large queues of waiting patients, no more nurses walking for miles and the facilitation of multidisciplinary collaboration between doctors, needed to face the medical challenges of the future; all that is not possible in a building that is based on standards from before the year 2010.
Designing hospitals is about (re)designing logistics processes in the first place, based on the primary processes of the future. Ideally you would go ‘back to the future’ and see what working in a hospital is about in 2050. But 5 years looking forward, is hard enough. Future scenarios that describe the challenges for your hospital, forces architects and engineers to come up with an adaptable building. What if healthcare shifts to home care, what if doctors do their outpatient visits via Skype, what if the governments cuts budgets furthermore? Start answering these questions before drawing a building.

In the Netherlands this way of designing is upcoming. There are enough logistics engineers, management consultants and operations research experts that more and more work together on building projects with architects and construction engineers. This has resulted in more future proof buildings, an important aspect of sustainability. Now let’s see if, besides museum expertise, Dutch Design will find its way in the rest of the healthcare world.