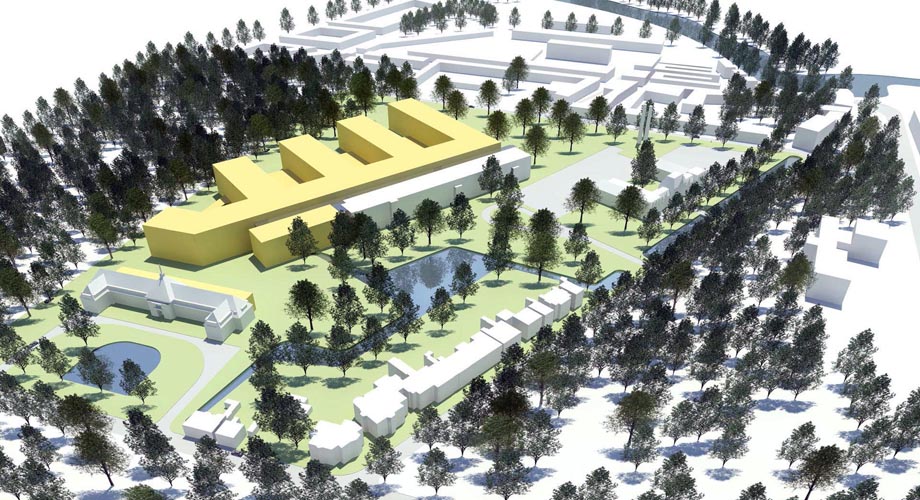 After it became clear that a new hospital at the location in Heerhugowaard turned out to be difficult financially viable, the question was to find out whether refurbishment at the current location Alkmaar feasible. The big challenge was the almost built-up site. Its beautiful park setting also offered opportunities.

Primary a global spatial brief was drawn up for 6 scenarios. It was decided to choose the worst-case scenario, base rule for the other choices during the process,. The idea was that if this scenario convinces, the other will also meet. Based on the Schedule about 6 models of development were outlined, each with its pros and cons. The preferred model has been further developed into functional, logistics, phasing and cost plans. A major focus has shifted to the integration of the building in the special environment. Together with the landscape designers of Hosper is a vision on the development of the area was created and how the hospital and the park environment could mutually use their qualities. The two special landmarks at the site, namely the Cadet School from late 19th century and former nursing home “Westerlicht” were made autonomous and thus get a special place in the environment. The plan shows a future in which the hospital has become “a building in the park”.