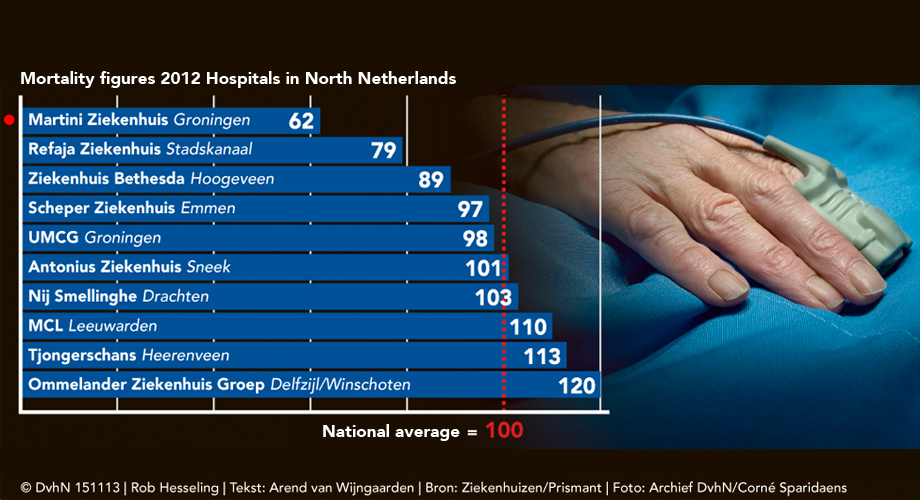 Hospitals in The Netherlands have an obligation to publish their mortality ratio according to the British HSMR-method (Hospital Standardized Mortality Ratio). This method calculates a figure which expresses whether more or less people have deceased than expected based on the type of the patients.
The HSMR is commonly seen as the most reliable indication for the quality of the care in a hospital.

The Martini hospital has a ratio of 62 which is quite low when compared to the Dutch national average of 100.
With this result, the Martini Hospital has achieved the lowest mortality ratio in The Netherlands for 4 years in a row.
One could ask the question as to what extent the healing environment of the hospital building plays a role in achieving this low ratio?