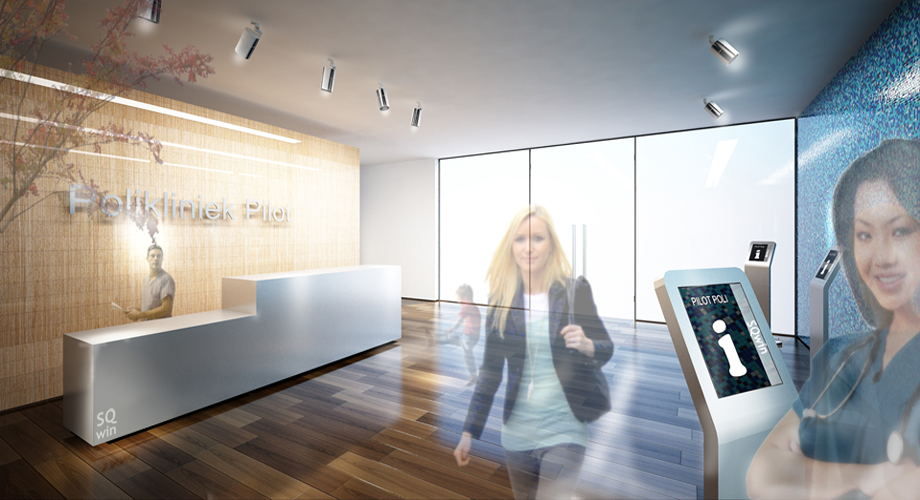 The new Gelre Hospital opened its doors on 2 October 2010. This is the first Dutch hospital financed entirely by the hospital itself, instead of by the state, which was common until recently in the Netherlands. The hospital is smaller than the old building, and that meant that many logistical and efficiency issues had to be addressed.

SQwin health consultants planned both the logistics and spatial requirements for the outpatient department. This department has been reduced from the 80 consultation rooms in the old building to 60 rooms by increasing healthcare efficiency. A new working concept, featuring front office and back office elements, was introduced for specialists. In addition, SQwin realized the Amsterdam Airport waiting concept in the hospital: Central Stay and Decentral Waiting. Patients stay in the central hall until their appointments start. The procedure is supported by ICT to ensure that the logistical process is smooth.

This was the first time that the concept was applied in the Netherlands, and it was nominated for a national Spider Innovation Award. Since its introduction, more hospitals have implemented the concept to improve their systems.